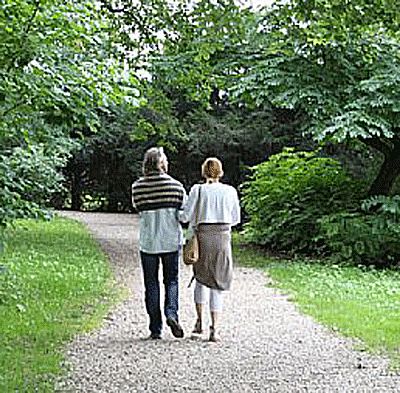 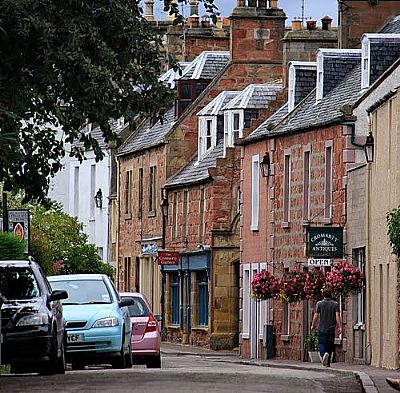 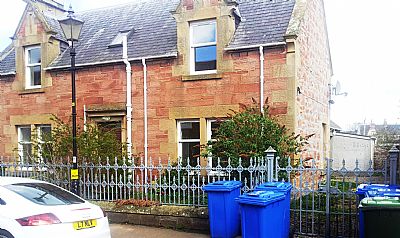 Emmy is Dutch and spent her entire life in the historic city of Amersfoort near Utrecht working as a teacher and director in primary schools. Jon had a 30 year career working in theatre, mainly in the North of England but also in far-flung places such as Japan and Australia. Although neither of them had run a shop before they believe their skills and experiences are well suited.

Since first meeting three years before Emmy and Jon were looking for somewhere to re-locate and start a new enterprise together.  Some of Jon’s family had lived on the Black Isle for years and when the two of them visited in the summer of 2011 Emmy instantly fell in love with the surroundings. And then the opportunity of renting an empty property arose with adequate room on the ground floor for a cozy retail outlet and space enough in the rest of the house to ‘live above the shop’.

Three years on, with the business proving a viable concern, the former Cromarty Police Station came on the market. They instantly saw the potential it offered both for the business and putting down permanent roots with a home of their own. A few months of convoluted buying and a further five months of renovations - much of the work done by Jon and Emmy themselves - saw the former Police Office transformed into a smart contemporary retail outlet. They are proud to have brought another Cromarty property into public use and add to the many visitor attractions in the town. And they now look forward to many more years serving customers in this new and permanent base. 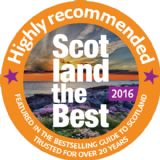